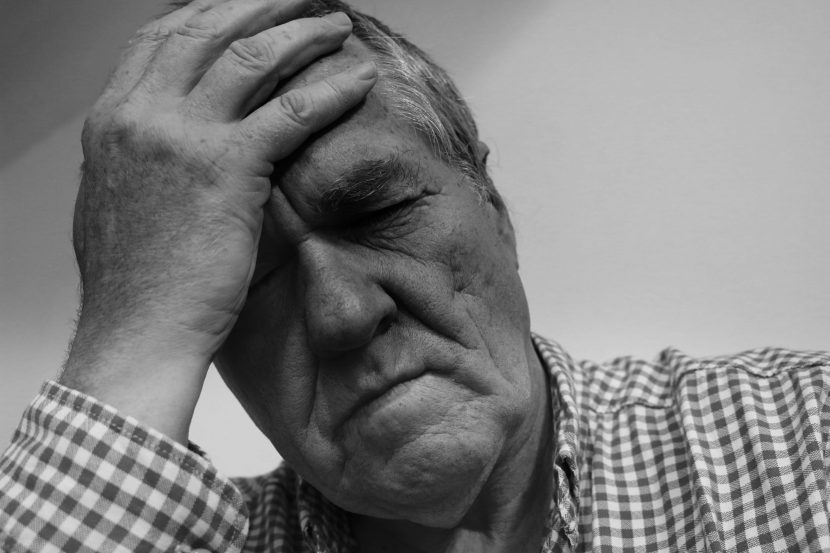 It happens to every man.

You feel like you’re a member of the security detail on Star Trek, the crewmembers who are always anonymously getting killed. You’re doomed to defeat.

Sometimes you feel like someone who goes up against Bruce Lee or Jackie Chan in a martial arts movie. Figuratively or literally, you feel destined to end up in the pile of arms, legs, torsos, and heads in a heap on the floor.

Maybe you feel like a henchman of the Joker or Penguin on the old Batman TV show. Not only are you getting defeated, but you’re dressed really stupidly to boot.

You feel like you can’t affect anything, like nothing you do will change anything for the better. You’re helpless. Impotent. A loser.

On the other hand, maybe you’re female with different cultural images to confront.

Maybe you feel like the maiden tied to the train tracks as a locomotive bears down upon her.

Maybe it’s more like one of those Disney princesses: “Someday my prince will come.”

On the other hand, maybe you identify with wallpaper and wallflowers. You’re up on the wall, looking pretty, but that’s it.

Everyone feels powerless sometimes. Be sure of it. It makes us sad. It keeps us up at night being miserable.

Our thoughts chip away at internal strength.

It’s important to go over some concepts that can help.

There’s a lot to this, a lot of different potential situations. There are timeless truths involved and a lot of good, general principles.

Does the world really work the way you expect?

Is there some assumption you’ve made that isn’t accurate?

We expect things to go one way. It goes another.

Sometimes it’s because we have one set of experiences. After all, it’s where we happen to be.

Study history and the experiences of others. That helps frame expectations. Yet, for it to be useful, you need to review the multiplicity of viewpoints. Propaganda, which some try to pass off as history, isn’t useful for this.

One of the tragedies of the modern world is the way experiences are reported in commercial media.

If you’re one who’s trying to learn about their world, one-sided viewpoints are useless.

What’s out of your control?

Be sure to take stock of what’s in and not in your control.

Not everything is, and it’s the same way for everyone.

Try to look at the future clear-eyed.

The list of what’s not in your control is long.

Parts of the future.

There’s no use fretting about what is and isn’t in your control. It is what it is.

The best you can do is figure out what isn’t in your control and focus your attention on what is. When you do, you’re choosing to have some power over being powerless.

Most people have to consciously think of what’s going right to have a realistic outlook. Sometimes you’ll hear people say, “Look on the bright side.”

Yes, being grateful, looking at what’s going right is the bright side is good. What’s the problem with this phrase is it’s a cliché. That’s makes it easy to overlook and take for granted.

When you’re trying to take stock of what you have to be grateful for, you’re not doing it to cheer yourself up. You’re doing it because it needs to be done to get a realistic outlook of what’s going on. You’re making a stand against catastrophizing.

What’s going right? What do you have to be grateful for?

Recognize how life always could be worse, even if you’re sitting in the equivalent of a concentration camp.

Finding five things to be grateful for is a good place to start.

You always can control your reaction

There are so many things you can’t do anything about.

Sometimes you can’t understand everything. The information just isn’t available, or it’s obscured.

You can’t directly control the actions of other people. They make their own decisions.

Don’t forget all of the other things affecting you which you have absolutely no control over like your sex, your race, and where you were born. That’s just for a start.

Having a philosophy, a decision-making system, helps before you need to make hard decisions. People don’t always have this in place, however. They misunderstand its importance. Its importance isn’t sold well to the young because it’s an abstract skill, not immediately practical.

All I can control are my actions.

If you believe in a higher power, take your problems up a notch, right on up the chain of command.

Use your own words and use words others have refined.

Living one day at a time,
Enjoying one moment at a time.
Accepting hardship as a pathway to peace,
Taking, as he did, this sinful world as it is,
Not as I would like it.

Trusting that He will make all things right,
If I surrender to his will.
That I may be reasonably happy in this world
And supremely happy in the next.

This prayer, attributed to various writers throughout time, became popularized in the World War II-era by theologian Reinhold Niebuhr. It was especially apt at that time. Then as now, wars and conflicts make many feel powerless.

If you were born in the year 1900, you’d have been in your 40s during much of World War II. Chances are, you’d of already had a lot of overwhelming experiences. The Strauss-Howe Generational Theory refers to this group the  G.I. generation. 1900 is right on the boundary between the G.I. and the Lost Generation.

Formalized prayers are frameworks for thoughts. Balanced, the thoughts are like lines of programming are inputted into your minds as you ruminate over their meaning.

The second verse is a call to slow down and take life one step at a time.

The key to understanding the second verse is the concept of “sin.” Sin is often incompletely understood as “something bad.” While sin is bad, it’s a bit more nuanced than that.

It’s an offense against what’s right, a failure to demonstrate actual love for God and man, an overattachment to things out of place to their importance.

We talk about a slice of chocolate cake being “sinful” and that makes it confusing.

Gluttony is a sin because it’s a form of overattachment to that which shouldn’t be so important. It fits right in there with greed.

Yet, if you’re not overly attached to it, it’s not bad. There’s nothing wrong with wholesome pleasure.

The Serenity Prayer is noting, therefore, that the world is fallen away from its ideals. You’re hoping to accept it for what it is.

The last verse is a wish to trust in God.

The Serenity Prayer is a classic. It’s the ultimate framework to adopt to address insomnia-creating feelings of powerlessness.

There’s simply no replacement for it. No device, no medication, nothing else will do the job of feeling serene; realizing what you can and can’t change; not worrying about the future; accepting hardships; trust; faith; trying to come to some reasonable semblance of happiness. It’s all in there.

Memorize it. Say it again and again. If you internalize its simplicity and power it will make you serene most of the time though there’s no guarantee that now and then you won’t reach your limits. In such times, you’ll need to actively remember and pray it. Nevertheless, that amazing prayer can be key to internal strength.