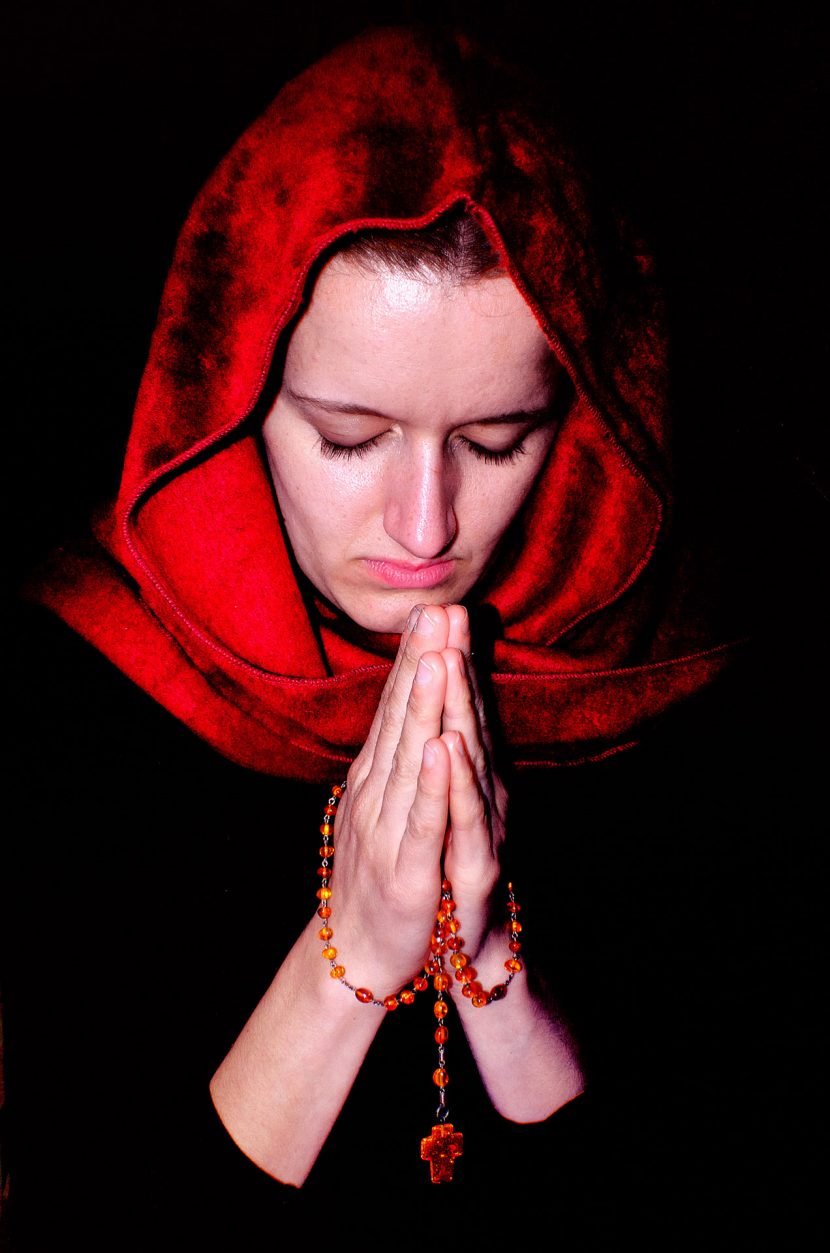 On the surface, prayer and meditation look the same. Someone closes their eyes and sits still. There may or may not be an image, some beads, candles (scented or unscented) perhaps some other object involved as well.

They’re not the same, though there can be some convergence.

According to the Merriam-Webster dictionary, prayer is a request or statement to God or a god in words or thoughts.

The idea of a conversation with God is left out of this definition, though it’s oft-repeated in religious tradition.

The conversational aspect probably should be left out because it can be one-sided.

Meditation, on the other hand, is the act of engaging in contemplation or reflection.

Prayer, therefore, is meditation but meditation is not necessarily prayer.

It can only be the same thing if you don’t believe there is a God and you ignore, misstate and/or misunderstand arguments for the existence of God.

Not all forms of either would be useful when putting yourself to sleep for the night.

Prayer can occur extremely quickly, be a mere phrase.

One term for this kind of quick prayer is an aspiration. The purpose is to turn your thoughts toward God.

Contemplative prayer, on the other hand, is a more drawn-out, reflective process.

Each bedtime prayer app is geared toward contemplative prayer somehow, with some of the apps aiding formal prayer as well.

Contemplative prayer is also known as “centering prayer.” The established technique has roots that go back almost 2,000 years to a group of monks in Egypt in the 3rd century who collectively became known as the Desert Fathers.

Ideas and trends develop over time as they do with any technique.

Some of these develop along with technology. It wouldn’t have been possible for the early Desert Fathers to aid themselves with the practice of contemplative prayer with a phone. Phones and computers weren’t invented when they were building and establishing their monasteries. For us, it is.

No action, no technique is immune from criticism.

People debate everything. Contemplative prayer is no exception. One charge against it is it doesn’t come from the Bible. Yet, in the Bible, Jesus himself seemed engaged in it at least once.

When Jesus was in the Garden of Gethsemane before being sentenced to death by crucifixion, he contemplated his situation. Scripture gives the highlights of his feelings and his thoughts. We know about an hour passed because his companions fell asleep while he was praying. Jesus faced his feelings about his death alone. There was a whole inner monologue going on within him (Matthew 26: 36-44). Ultimately he decides to do God’s will.

Prayer can be a dialogue between you and God. That doesn’t mean you shouldn’t be careful. If what you “find out” in contemplative prayer goes against what’s written in scripture, chances are it isn’t divine. Contemplative prayer is good for understanding what you might have overlooked, a new way of explaining an old truth, things like that.

Popular prayer sleep apps include Soultime, Abide, and Hallow. Headspace and Calm are not prayer apps. Meditation is the default recommendation for help with sleep, stress, and similar problems. By recommending meditation, you’re not advocating religion. Perhaps the thinking is that faith is unscientific. It’s also based on tradition. If you recommend faith to someone from a different tradition, it will be off-putting and could be controversial, so close tradition is tied to personal identity.

Yet prayer is a tradition, and tradition is a way of reinforcing self-identity and connecting you with others throughout time. This allows you to draw emotional strength from that.

What’s probably more compelling is that once you get some experience with prayer, once you see what God can do in your and other’s life, you’re going to understand that meditation is only part of the picture.

You can go to work with God in an area of your life. Over time, you can be amazed at the difference.

If you’re a believer, don’t sell your situation short and settle for a simple meditation.

Both of the techniques put a pause between stress and your reaction. While it’s great to feel less stressed and all, and anything that helps with that is good, you can’t “accept” your way to a better life. You can’t “calm down” your way through all of your problems. Of course, being calm can help, but sometimes you need to access power beyond yourself.

Prayer is actually open to non-believers, too.

When changes happen, it’s always good to give credit where credit is due. For that, perhaps the first prayer should be for perception and belief.

This is your brain on prayer and meditation

How does meditation differ from prayer?

The Power of the Serenity Prayer

How to use prayer beads to help you sleep

Banner ads on the DRS contain affiliate links. This means if you click a link and make a purchase, we receive a portion of the sale price. All of our opinions remain our own.