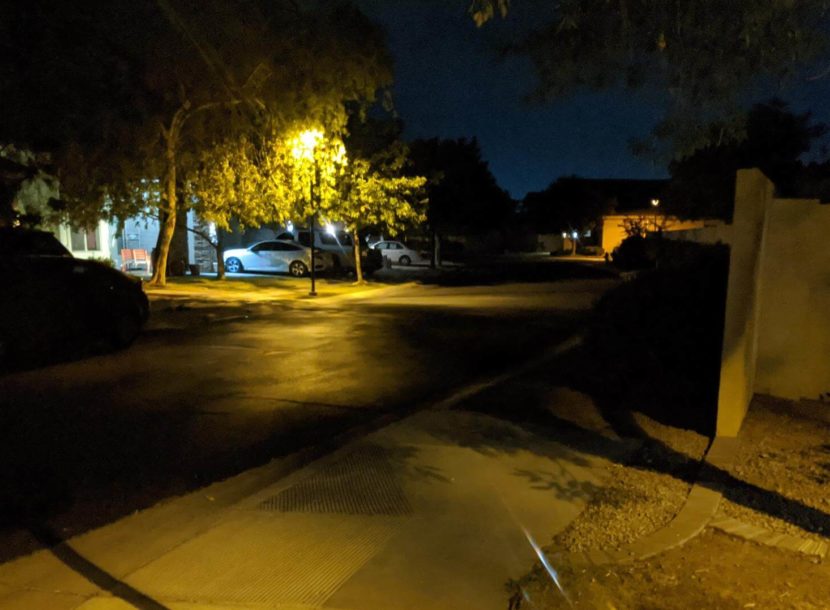 In the week before Christmas 2021, Brad Harbert of Ankeny, Iowa, a Des Moines suburb, was woken out of his sleep in the middle of the night.

It wasn’t the alarm going off. He was sleeping through that.

Rather, it was his dog Roxy, a Husky-Coonhound mix. Typically mellow, that night she was anything but. She woke him up by jumping on and off his bed.

He was hard to wake because the air in his home was full of poisonous gas. Carbon monoxide is known for putting people into a deep sleep from which they may never wake. The gas was seeping into his home from the electric and gas fireplace downstairs.

Once the dog saved his life, she went to wake son.

To avoid what almost happened to Harbert, you need to have a carbon monoxide detector; having a good dog like Roxy helps too.

To be the best off, however, you need to do one more thing: develop the habit of checking your area before you go to bed.

Why checking your home at bedtime is a great idea

When you go to bed, you’ll be resting for about a third of the day blissfully unaware of what’s going on around you.

If you aren’t anxious about that, maybe you should be.

Checking your surroundings doesn’t have to be a big deal. It can happen quickly and much of it can be done in stages throughout the day at your convenience. Parts of it can also be delegated to other household members. Divided up like that, the home safety hazard check can be accomplished in moments at bedtime.

Much of it is simply opening up your eyes. Did someone leave a box right by the stairs so someone else who isn’t paying attention can take a tumble? Move that box!

Did someone happen to leave the side door that rarely gets used unlocked? Lock it.

You don’t have to wait until bedtime. It’s better to have bedtime as a deadline for the home safety hazard check because sleep is kind of like a mini-vacation from waking life.

You can head off big trouble, saving your life, lots of money, or whatever.

A regular routine is important and doesn’t seem to be talked about as much as it should be. In this case, sometimes you’ll never know the effects your habit had. A burglar can be deterred simply by encountering a locked back door that you checked.

Make it part of your bedtime routine. You might find you’ll sleep more soundly. Security fulfills a basic human need.

Adapt this list to where you live and your personal situation. Preparedness is a local situation. What might not make much sense in one place makes a lot more sense in another. Other things are universal.

Start by taking a look at the street or whatever you see outside your front door. Is anything going on? Any threat?

Is a storm blowing in? Forest fires?

Does some house that’s apparently abandoned all day have a bunch of cars in front of it and people in it? Why would that be?

The main thing you’re looking for is anything out-of-the-ordinary that would affect you getting a full night’s sleep.

Another concern might be general security in your area.

Actually take a walk around your home looking for anything that might be of concern.

You’re most likely going to find things that might be of long-term concern. For example, you might notice some branches scraping the roof. Could that be how the packrats are getting in the attic? Hanging branches could also be a pathway to a fire if your neighborhood starts burning.

Then again, you might find someone hiding in the shadows.

If you’ve decided that you’re going to be safer if you leave the lights on outside, this would be the time you turn them on or make sure the motion sensors are working.

You might have a gate outside next to the street you need to secure. You might have a gate on the side of the house that needs to be locked. It’s a special situation. Do you have any of these? Lock it when you’re checking the situation outside. In this step, you’re securing outer areas of access to your property.

When you come inside, make sure that the doors going outside are locked, besides the main door. If you have a car on the street, make sure that’s locked as well.

If any roommates or members of the family are going to be getting home late, make sure they have a way to get in. You don’t want them to have to wake you up if they don’t have to.

Do what you can to make sure you avoid fires.

If you used the oven or stove, make sure it’s turned off.

Make sure the fire in the fireplace is out.

See that you’ve done everything to minimize the risk from fire.

Do you know where they are? Are they clear?

In June 2021, I was in an earthquake. Nobody was killed, but one man who was taking a shower when the earthquake hit. He ran out in the street barefoot wearing nothing but the towel he was going to dry off with.

Luckily, it was warm outside when it happened. If the earthquake happened in Minnesota in the winter, he would have froze.

You’re going to feel safer if you’re ready to leave the area you’re sleeping in at a moment’s notice.

While you still might be uncomfortable in a robe in the middle of the winter in Minnesota, the slippers would have really come in handy.

Make sure there’s a way to get out. Is the path clear to the outside? You and members of your family aren’t going to fall and hurt yourselves leaving, are you?

If you’re staying in a high-rise, for example, are you going to have access to a fire escape? Do you know where it is?

Chances are you won’t have to do the stuff in this step every night. If you learned where the fire escape is, you’re going to remember where it is the next night and from then on. However, you might have to deal with . . .

Pathways out of the dwelling have to be clear. You need to have access to all the doors that lead outside. Ideally, you want to have more than one way outside, though studio apartments aren’t built this way. If you have stairs, take all the clutter off of them if there is any.

This is another broad category, but I’ve seen it happen many times in my days at night in emergency departments. Avoid poisonings. Sometimes they’re intentional, sometimes accidental. You can’t really do too much about the intentional ones but the accidental ones can be avoided.

Don’t leave poisonous things out in containers where they could be mistaken for food, especially at bedtime. This is especially important if you have little kids at home.

Food is kept in the kitchen. Should your CBD gummies be stored in another place? How about your colorful laundry detergent pods? It’s worth it to pay mind to this. There’s also carbon monoxide, chemicals kept in lookalike bottles, and other potential ways to be poisoned. You especially have to be aware of this kind of thing with small children.

Sometimes it takes a bit of creativity and reflection to see the danger apparent in a situation or setup.

Put away anything you don’t want to be stolen, whatever that might be. Nothing good can come from having it unsecured when you’re sleeping. This includes jewelry, firearms, rare coins, artwork, or whatever you might have out.

If you have a safe, put back whatever it is that you’ve taken out and lock it. If it’s something you kept hidden, put it back where you secrete it.

Take care of the critters and kids. You want to make sure they’re safe and you want to minimize any interruption to your sleep from their biological needs. Let the dog outside to use the bathroom. Tuck the children in. Maybe even read all of you a bedtime story. Is anyone missing who’s supposed to be at home?

This, of course, would include a fan that you find useful for sleeping. Or an air purifier if you’re living in an area with a lot of forest fires and the particulate matter bothers you. Maybe it’s a motion light that is on a switch that keeps getting shut off.

Perhaps you want to make sure the lights are switched off in a room that’s rarely used. Often this category isn’t a matter of life and death but it will help you avoid a needlessly high utility bill.

Will you be able to find everything you need to find for tomorrow? Now is the time to make sure you can’t forget it. Leave the bag where you need it so you won’t miss it. Plan what you’re going to wear if you know you’re likely to be slowed by indecision.

If you take this step, you’re less likely to wake up in the middle of the night fretting about whether you’ve forgotten something.

This step isn’t necessarily related to home safety hazards, though it very well could be. It definitely can make tomorrow go more smoothly.

The DRS sometimes uses affiliate links. We may receive a small remuneration from any product purchases on our pages. This doesn’t affect our advice or opinions.