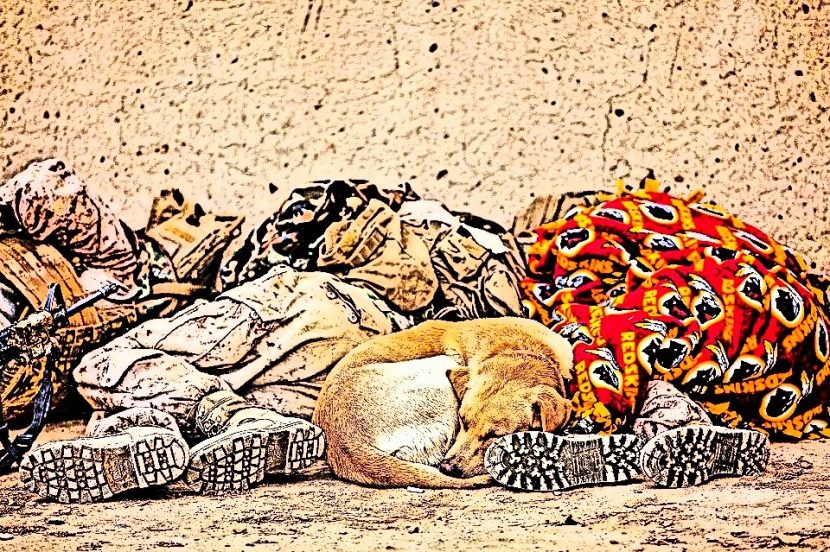 Fight the coronavirus and other pathogens

There has been plenty written and said when it comes to ways to avoid spreading and contracting the coronavirus.

Cited are usually general steps, the things you’re told to do to combat any illness.

Commonly mentioned are hand washing, covering coughs, being careful when you’re helping those who are sick and staying home if you’re sick yourself.

They’re all useful steps to take. In addition to the coronavirus, there are also the usual other illnesses too. Those actions help all of them.

While many English-speaking people know the word “quarantine,” that word is getting a lot more of a workout now than it was just a few weeks ago.

The cornerstone of the immune system

When you say something is “the cornerstone” you’re talking about the singular thing upon which something is based.

If sleep isn’t the cornerstone of an action taken to help out your immune system, what is? Sleep plays a huge role in helping the cells that comprise the immune system to fight the coronavirus and other pathogens. It’s restorative. Unfortunately, it’s underrated.

On March 11, the World Health Organization declared the coronavirus to be a pandemic. This is not the time for anyone intent on staying well to miss sleep. It’s not the time to do anything that comes at the expense of sleep.

Remember, too, that just because the coronavirus is in the news, it doesn’t mean other pathogens magically go away. There are plenty of other ones who can ruin your day too.

In the second week of March 2020, panicked shoppers and hoarders have cleared the shelves of many stores of things like hand sanitizer, soap, and toilet paper. If there was a way to stockpile sleep, and they appreciated how sleep helps fight pathogens like the coronavirus, they’d surely stockpile it too.

There’s no way to put sleep up on a shelf to save it for another day.

“Enough” is defined as seven to eight hours a day. You can’t stockpile sleep. It’s important to note that I’m not saying sleep all the time. If you’re fighting off an infection, you’ll need to sleep more.

You might be worried about others. Your income might be taking a hit. A loved one might be sick and you find yourself preoccupied with worry about them. Pressures tend to increase at times like this.

The breathless way the media reports on the coronavirus doesn’t help. The media tends to be “worst fear” based, not so much fact-based. It wasn’t so bad when they were talking about O.J in the early 90s. In this kind of environment, it’s terrible.

Stay informed. You don’t need to keep the news on all the time. Watch it for about 30 minutes as if you were taking terrible-tasting medicine. You need to limit your “fight or flight” response and use your intellect.

Your health is the most valuable thing you own. Put those worries away. Let yourself relax. Get those seven to eight hours!

How sleep helps the immune system

People need different amounts of sleep at different times in their life. They need more sleep when they’re injured. When their adrenaline is surging, they don’t get tired. It can be hard to understand what is the cause of which effect.

Genetics plays a role in sleep. Scientists have estimated between 31 and 55 percent of the amount of time someone needs to sleep can be explained by genetics. Behavior and environment account for the rest. Both of those are things you have more control over.

One study focused on the difference in the functioning of the immune system among identical twins as influenced by their sleep habits. With each of the 11 pairs of twins in the study, the sibling with the shorter amount of sleep had the weaker immune system when compared with their longer-sleeping sibling.

The impact of sleep on your immune system

When you don’t sleep enough, your body makes fewer cytokines. Cytokines are produced and released during sleep.

Cytokines are the chemical messengers in your immune system. When a cell gets a cytokine message, it behaves according to the way it’s told in the message.

There are many different types of cytokines like chemokines, interferons, interleukins, and lymphokines.

The differences between these types of cytokines here aren’t important for our purposes. What is important is making an analogy between the immune system and an army.

Could any army be effective without messages and being able to coordinate, without different branches of the army like infantry, artillery, armor, and intelligence?

It’s hard to imagine it could.

That’s why coordination among the different components of the immune system is important.

Other effects of sleep on the immune system

Sleep also helps antigens and antibodies. Antibodies fight the invader. Antigens are the substances that cause your body to produce the antibody.

Sleep helps your immune system develop a memory to fight these invaders.

The flu is bad. Flu symptoms caused by the novel coronavirus are statistically more lethal. If you come into contact with it, your immune system has to figure out a way to combat it.

Sleep is what it needs in order to do that.

It’s apparent many people see the coronavirus as part of a doomsday scenario, among their worst fears. People have reported the shelves of their local big box stores have been cleaned out of canned vegetables and toilet paper. People are worried about supply chains being disrupted, that they’re going to be quarantined and unable to get what they need.

In most cases, it’s more useful for people to figure out how they can utilize the supplies they already have on hand than to blindly hoard. Being smart, not emotional, is a way of supporting your immune system. You’re using your head, not your adrenaline. This has the potential to become a slow-moving crisis.

One set of skills that has been hollowed out among people over the years is the ability to cook. People these days are used to having other people prepare food for them. While our grandparents could go into a pantry and come up with a dozen things they could make, that’s not the case these days. It’s more like, what kind of frozen dinner can I find?

The TV show “Iron Chef” features professional cooks going into a pantry and coming up with these fancy dishes that they can make with the ingredients on the show producers list.

That’s the skill you need to build in times like this. Awful food leads to discontent. When you feel like you have the flu, what will you want to eat? Think about that.

Try playing “Iron Chef” tonight. Most recipes and cookbooks don’t help you build skills in this area. Their recipes are too complicated. It’s easier to have fewer ingredients than too many. Look for recipes with just a few ingredients. Look for lists of substitutions. Free yourself to try things.

On the other hand, worrying and making off with a case of hand sanitizer and paper towels you’ve wrested isn’t and it spreads fear.

Using your head, too, helps you face these days confidently. When you’re confident, you help others be confident too. The “fight or flight” response is useful for getting you out of an immediate crisis, not so much of a protracted, ongoing one.

The fight or flight response doesn’t help you sleep either.